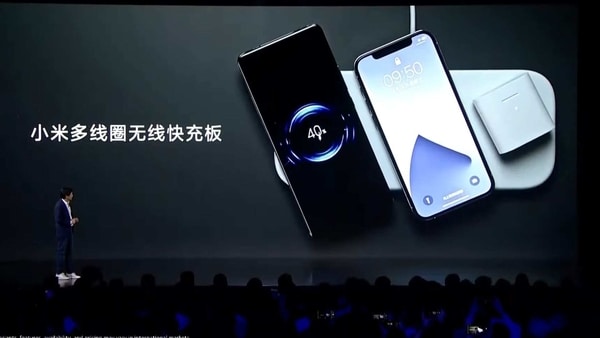 Xiaomi unveiled a series of products at its 2021 launch event on Monday. The company has also introduced a new wireless charging pad like Apple AirPower which is not easily accessible.

Xiaomi’s new wireless charging pad costs about CNY 599 (₹ 6,700 approx). Xiaomi says the charging pad has 19 coils making it charged up to three Qi devices at a time. It is said to offer up to 20W of power per device. Also included with a 120W charger. Another interesting thing about the wireless charging pad is that the devices can be placed anywhere.

Xiaomi’s wireless charging pad is currently available in China, and there is no word on when it will open in other markets. At the event, Xiaomi also unveiled a series of products including Mi 11 Ultra, its first screen with a second screen, Mi 11 Lite, Mi 11 Lite 5G, and Mi 11i. The Mi 11 Ultra starts at RMB 5,599 (approximately ₹ 62,000), while the Mi 11 Lite 5G is priced at RMB 2,299 (approximately ₹ 25,500). Xiaomi has introduced its new fitness group, Mi Smart Band 6 and Mi Smart Projector 2 Pro.