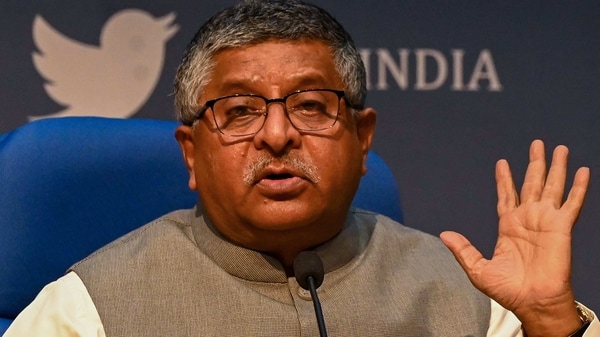 The government told Lok Sabha on Wednesday that there was no proposal to appoint a social media director.

In a written reply, the Minister of Communications, Electronics and Union Technology Ravi Shankar Prasad said social media should not be abused or misused for insulting, inciting terrorism, rampant violence and degrading women.

He said social media was instructed to develop a strong grievance redressal mechanism.

“Forums, user-generated content made available on their platforms, are mediators as defined in the Information Technology Act, 2000. Section 79 of the Act provides for the exemption of mediators, provided that certain provisions are required to disable/remove illegal content related to Article 19 (2) of the Constitution. , by notice of the relevant government or its agency or by court order, “he said.

The minister said that in order to provide improved user security and accountability, the government has issued the Intermediary Guidelines and Digital Media Ethics Code, 2021 under the Act which stipulates how all mediators, including communications mediators, must be treated.

“The forums have been instructed to establish a strong grievance redressal mechanism. There is no suggestion by the Department of Technology and Information to appoint a regulator for social media,” he said.

Prasad said the government is blocking illegal and cruel online content under the provisions of the Information Technology Act 2000, for the purpose of Indian sovereignty and integrity, to protect India, state security, friendly relations with foreign nations or public order or to prevent incitement in any case visible.

Prasad said the government values ​​freedom of speech and speech which is a fundamental right under Article 19 (1) of the Constitution.

“The government accepts criticism, non-compliance and the right to ask questions on social media. However, this needs to be acknowledged that the fundamental right to freedom of speech and expression under Article 19 (1) also has its limits under Article 19 (2) of the Constitution. social media should not be abused or misused for insulting, inciting terrorism, rampant violence and degrading women, “Prasad said.