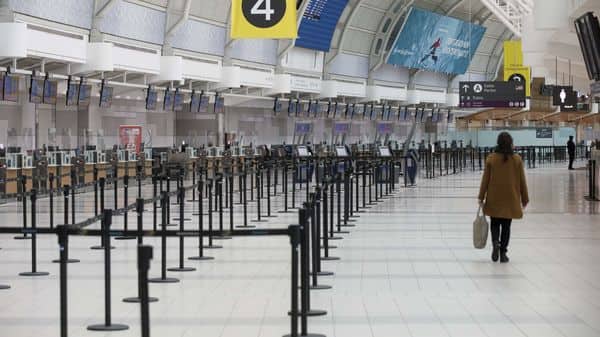 Although popularly known as vaccine passports, the apps include details such as the Covid-19 test status and are in trial settings at several locations around the world.

Apparently, a reliable travel system that helps aircraft enter the airport more quickly, tests the Covid-19 test system or vaccination program for other flights to Hawaii as part of the pilot program. The Clear’s Health Pass app is already being used by other sports leagues and museums to verify the status of Covid-19 for ticket sellers, the company said.

Other organizations, such as the non-profit Commons Project Foundation and the International Air Transport Association or IATA, are launching their own programs that also aim to allow passengers to quickly prove they have received the Covid-19 test needed to cross the border. The apps will save travellers from the hassle of uploading health documents to the immigrant website of each country you go to.

Clearly, the Commons Project and IATA are just part of a wider group of companies – including major technology firms – making digital products to allow people to safely share their bad or vaccinated Covid-19 entry, stadium or other public places.

As more and more people continue to hit the hurdles when trying to schedule an immunization appointment, healthcare designers aim to bring a faster experience to the next step.

“We’ve been very focused on making things easier since Day One,” said Alan Murray Hayden, head of airport, passenger and security products at IATA, citing American Airlines and Emirates among its members. “So much so that when I played Travel Forward to our senior management, I was shocked that they would be like, ‘We’ve given you all this money and you have five or six screens of the app you can show them’.”

Requirements to prove a vaccine status or a negative test for Covid-19 entry into countries including the Seychelles and Cyprus could result in long queues and delays, as airport staff verify passengers’ medical records. The transition to digital health will not be mandatory for airline passengers, said Mr Murray Hayden, but their gradual discovery will provide a form of self-defence line therapy at the airport.

“If we can move 70% of our customers away from checking agents, testing agencies can focus on helping those people who don’t have phones, or who are unfamiliar with technology,” he said.

Healthcare apps aim to guide users through the step-by-step data entry process and keep the amount of information they need to include in the smallest detail, in part by investing in activities such as passport-chip scans.

Others, like the Clear app, use back-to-back networks to automatically connect Covid-19 user status from a vaccine or selected testing facility. The technology aims to make the pre-flight experience less stressful for customers, said Caryn Seidman Becker, chairman and chief executive at Clear, operated by Alclear LLC. And pulling a Covid-19 passenger status directly to a health care provider – rather than users downloading it themselves – could prevent the distribution of fake vaccination certificates or test results, he said.

Users of Clear’s Health Pass, built within the company’s large but free trial app even for those who do not pay Clear, are given a QR code that will be scanned at the gateway once they have linked their account with their tests or vaccination details to their airline.

CommonPass, an application from the Commons Project, also generates a QR code scanner at the gate, although it hopes that airlines will eventually be able to integrate a valid passenger-ready status into their boarding pass bar code.

The Commons Project and IATA have also planned to offer the construction of their own healthcare engineers for other applications, such as aerospace, once the user experience of the first versions has been tested and improved. Clear, meanwhile, is in talks to include its Health Pass platform in its partner companies, said Seidman Becker.

Although phrases such as “vaccination passport” and “health passport” have become more common, CommonPass has inspired design from passports to passports, says Kathryn Tucker, co-founder and chief marketing officer of a nonprofit organization. The final screen of the app is shaped like a boarding pass, complete with a digital output slip.

The Commons Project in part wanted its design to show that the Covid-19 test status, which is still widely used in applications even if the vaccine goes up, shows a moment of time, he said.

“Unlike a passport, a book with which you have been in a relationship for many years, passports come and go, piled up on your phone, and are designed to be very useful,” he said. “We also like the use of this metaphor to emphasize that this is a basic document that can be exchanged between your phone and an airline agent or a border agent only.”