It is reported that Samsung is already in discussions with partners on how to implement the plan since the rejection of the power adapter in the kit will affect deliveries from the vendor’s contractors. It is also known that the chargers will not disappear for good and will remain in boxes with some models.

Samsung allegedly explains its desire to refuse to charge by the fact that most modern buyers have both an adapter and a cable, so they do not need an additional set.

At the end of June, analysts at Barclays reported that Apple is ready to give up charging devices that are attached to new smartphones. According to rumors, gadgets from the iPhone 12 line, which is due to be presented in the fall of 2020, will be delivered without an adapter — only a free USB-C/Lightning cable will be included. If necessary, the user will be able to purchase a charger for an additional fee.

Analysts believe that at least two reasons may lead to the rejection of chargers.

First of all, this will allow vendors to reduce the price of a smartphone on the market. This is especially true in the current reality, when more and more gadgets support the fifth-generation communication technology-it is known that 5G components are expensive for manufacturers. Without a charger included, the size of the box in which the smartphone is delivered will also decrease, which will also save Apple and Samsung money.

Another, no less important reason is a concern for the environment. Rejecting the adapter in the box will reduce the number of charging devices that are sent to the landfill, even without being used — as a rule, each family will find about a dozen unnecessary adapters that came with smartphones.

The European Union has been trying to improve the environmental situation for several years, advocating the “harmonization” of charging cables and connectors for mobile phones, calling on all manufacturers to switch to a single charging standard.

“Now there are three main ones left. In negotiations with industry representatives, we will insist on the following tasks — user convenience, security, and interoperability, as well as reducing e-waste,” said European Commission Commissioner Maros Sefcovic in January 2020.

Lawmakers also noted that the huge number of chargers in the European Union leads to 51 tons of waste per year.

This blog post has been Digiproved © 2020 Sanjit GuptaAll Rights Reserved

Follow me
Sanjit gupta
I am Sanjit Gupta. I have completed my BMS then MMS both in marketing. I even did a diploma in computer software and Digital Marketing.

Follow me
Latest posts by Sanjit gupta (see all) 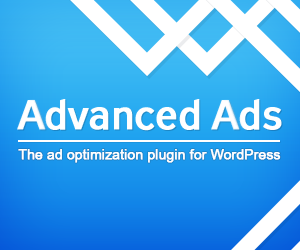